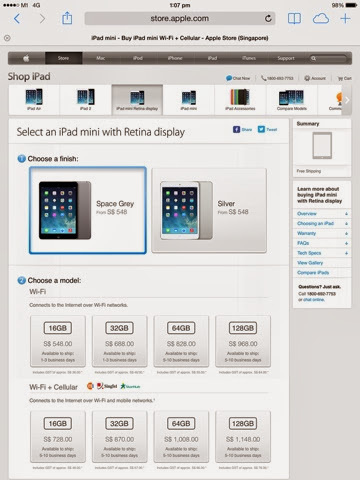 As for the iPad Air, current stock shows 5-7 days for deliveries. 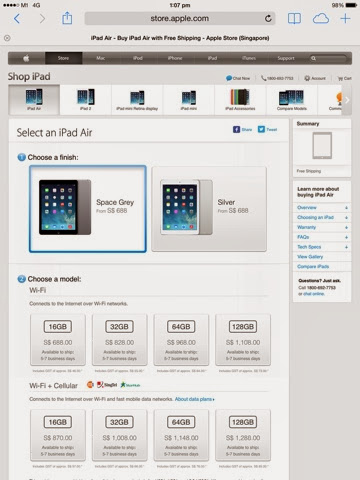 Posted by Lioneldude Photography at 3:17 PM No comments:

Apple Review of the iPad Air

Having been through a few models in the product cycle of Apple's tablet line up, I am now penning down some thoughts of Apple's latest offering, the iPad Air.

Before I carry on about the review, a little background on the iPads that I have been using since October 2010. The first iPad I started using was the original iPad 1 weighing 730grams, which in its initial release under iOS 3.x was great, but moving towards each upgrade resulted in an offering that was cumbersome and irritating. When the 3rd generation iPad came out in March 2012, I got myself a 64GB model when it was made available, with some weight lost, now it stood at 660grams. The quality of the screen was good for photographers, colors were good and the images were sharp. However, the weight was still often too heavy to use it comfortably with one hand. The release of the iPad mini weighing at 310grams offered a "light-as-a-pad-of-paper" tag line to users of the iPad, but it clearly was not the best screen in the market due to the poor resolution. Users had to imagine how it would be to downgrade from the sharpness of the retina display and questions of if they will ever get used to it.

And that was the history and now fast forward to November 8, 2013, exactly one week after the sale of the iPad Air. After deliberating for some time, I decided to pick up at the last moment a 128GB black cellular 4G model. Basically I just walked into the shop and asked if they had stock for the 128GB cellular model, and they said "Yes" and hence I am now S$1288 poorer. I got home and set it up and it was loaded with the familiarity of my previous iPad mini. As I was loading apps from the MacBook Pro 15" early 2011 which is still using a slow-like-a-turtle spinning hard disk drive, my 20+ GB of content was filled only after about an hour.

First of all, I really liked that it is now thinner compared to the iPad 3rd gen, but in terms of the borders surrounding the 9.7" screen, my initial opinion was that the borders really could have been narrower. The iPad Air takes the same shape and design of its little brother, the iPad mini. The weight at 478grams for the iPad Air now makes holding with one hand really comfortable.

Tip: if you were wondering if the borders left you with no room to put your thumb or finger, did you know that the OS environment detects an unintentional touch around the borders when you place your thumb near the edges of the display? After setting down your thumb and not moving for a second, it registers that you are actually holding the iPad and not interacting with the device.

One of the main tasks I do is photography on the iPad. Ever since the last Formula 1 Singapore GP, I have been finding a way to transmit images using the iPad, but the iPad mini was just too choppy and lacked ram. Photogene is an app that allows you to manage your images on your iPad and resize, watermark and keep IPTC metadata in the images intact. However the iPad mini wasn't really reliable in sending sets of 10MB images  and when you switched to another app, chances are Photogene would terminate and your progress was likely to be interrupted. On the iPad Air, Photogene works like a charm, the app is very responsive and things get done. You can multitask without worrying that the app would crash.

For photo editing on the iPad, I use Snapseed to edit images. For images taken with the iPad's iSight camera, the iPad mini handles it well, but for images that have been imported from a DSLR, loading and processing each step in Snapseed was slow. However it is now significantly faster on the iPad Air, especially when processing processor intensive filters like "Drama".

Users who love to read on the iPad will now love this iPad Air. I read a selection of magazines from the Newstand app, including titles such as F1 Racing, Racecar Engineering, Photo Professional, etc. When I was using the iPad 3rd generation, I never liked the pages of the magazine loading in two or three steps per page. When flipping into the page, you would expect all the content to be there, however it loads in about 1 second. And when I downgraded to the iPad mini, the experience was worse, firstly the text was too small and you have to zoom in to read the text. Secondly, there were bugs like being unable to zoom out or unable to flip to the next page. The page also loaded at a slower rate. But now on the iPad Air, these issues have been fixed and turning the pages, the elements on the page now load at quite a fast rate that the initial slow 3-step loading doesn’t seem to be noticeable. 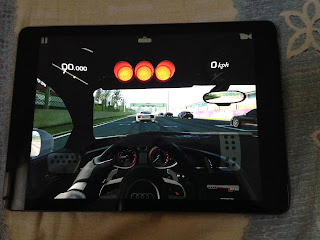 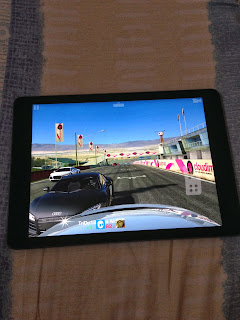 I love playing games on the iPad, and Real Racing 3 is something that I have been playing for quite sometime. On the iPad mini, Real Racing 3 crashes easily due to the lack of ram. This is especially so when you have apps left unclosed before starting Real Racing 3. On certain occasions, you are better off closing all apps, shutting down the device and rebooting again to help "flush" the ram. Frame rates in the game become choppy sometimes, and it's irritating that such a game was never designed to be downsized for graphics on the iPad mini. However, after playing a few races on the iPad Air, the performance of the new A7 64-bit chip proved a game changer for graphic intensive games. The A5 chip in the iPad mini lost by a mile!

Users of the iPad mini will notice instantly when moving on to this model that everything just works smoothly. iOS 7 was likely to have been designed to make full use of the A7 processor, multitasking between apps are now smoother than before. Even chatting on Facebook's app is now a lot smoother, especially when swapping between conversations. However, one of the areas that I felt Apple have neglected was the rear facing camera. Initial testing of the camera returned images that were similar to the iPad mini and iPad 3rd generation that I had used previously. You may view images that I have taken using the iPad Air here.

This iPad Air would cater to your needs if you firstly love playing graphic intensive games on the iPad, or love to read digital magazines. If you are a photographer or designer, I reckon that this will help you present images to your client in a good way. If you have never owned an iPad before, this would be a good starting point!

I hope you found my initial review of the iPad Air useful! 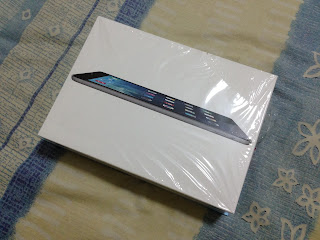 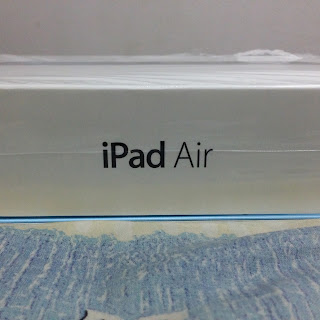 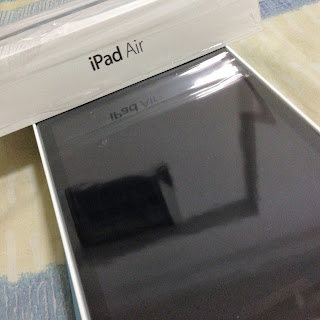 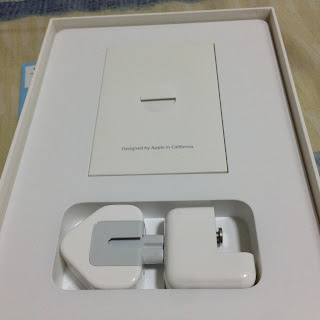 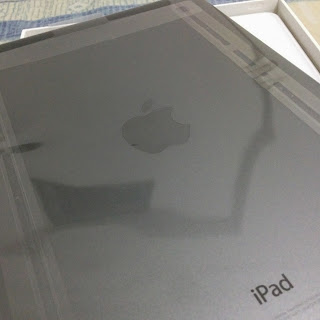 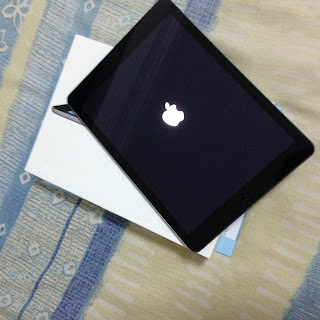 Battery:
Built-in 32.4-watt-hour rechargeable lithium-polymer battery
Up to 10 hours of surfing the web on Wi-Fi, watching video, or listening to music