Every shot an image that you felt that it was under exposed and wanted a really quick way to brighten the image? 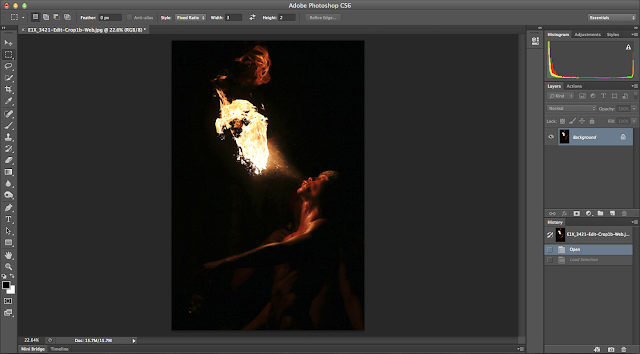 For example, in this shot above of the Thumbuakar Performers at the Night Safari in Singapore, the performer was slightly on the dark side. So by duplicating the background layer (shortcut: CMD + J), hover the mouse over to the Blend Mode, where it says Normal. Click on it, and a drop down list appears, now select Screen. 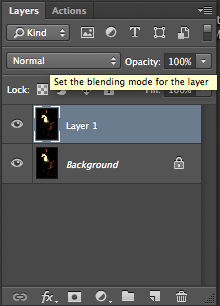 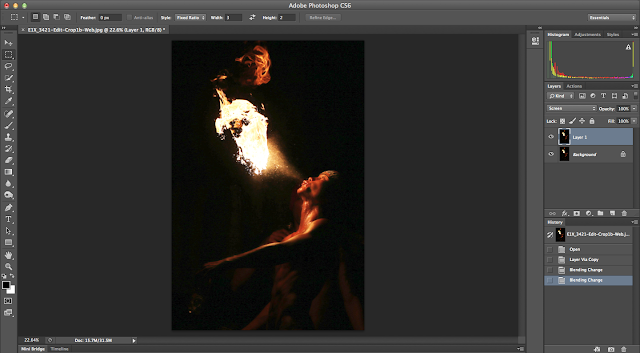 The Screen blending mode is one easy way to brighten your image!

Extra tips:
1. If the image is too bright, adjust the opacity of the layer. 100% would be brightest, while 0% has no effect.
2. In this case, the fire became too bright, so I would add a layer mask by clicking on the Mask icon, and paint over the flame area with a black brush with 100% opacity.

Hope this tip brightens your day and helps you with your workflow!
Posted by Lioneldude Photography at 2:22 AM No comments:

So as you might have been reading, I had been playing with this camera for quite a while now. 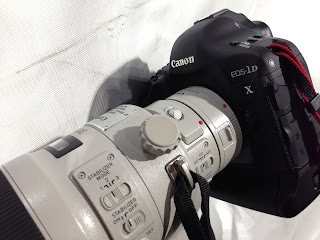 One of the things I had heard was the quality of the image, especially at high ISO. So obviously the best place to do a test was the Night Safari! Based on a previous experience back in 2011, the 1D Mark IV wasn't a good enough camera to shoot in the near darkness, firstly the noise control wasn't that good, and the autofocus kept hunting and was difficult to lock on. Here's a recap: 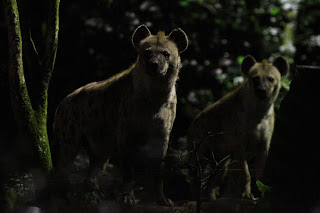 
Hence the best way to compare was to return to the same place and try again. It is important to note that sensor technology had improved in 2012, hence there would certainly be improvements. But by how much?

Hence, I brought the Canon 1D X to the night safari to capture some animals once again. Due to the dimly lit conditions of the enclosures (as the animals are mostly nocturnal ones), I had to push the ISO to 25,600 in order to balance 1/60th and f/2.8 on a 300mm lens. Looking at the results, the images were pretty much cleaner than the previous 1D Mark IV. Click on each individual image to view a larger preview. 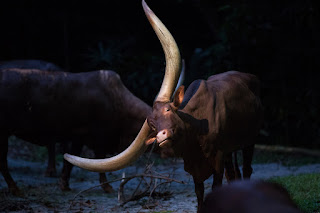 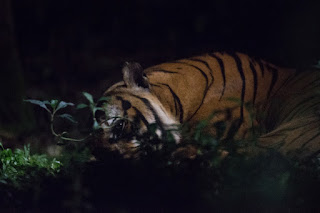 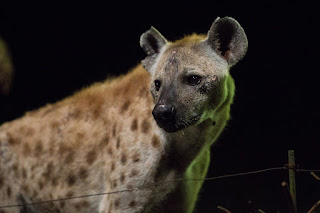 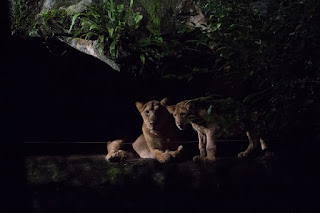 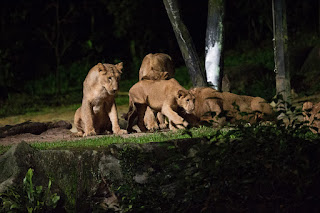 If you were using the images for large prints, the noise may not be acceptable to some people, however we consider the fact that the night safari is a place where night animals are displayed, and the artificial lighting (if there was any to begin with) was just very dim. In some of the enclosures, some animals were already hard to spot with the human eye, it was like a puzzle, picking out where the animal was, especially if it wasn't moving. However, for web quality, it would be certainly good enough at ISO 25,600!

I have made a back-to-back visit on two consecutive nights, capturing images of animals on the second night with the 1D Mark IV, also at ISO 25,600 (H1 setting - accessible thru the custom functions). View my images from my Flickr by clicking: Night Safari 2013 Flickr Lioneldude


As for the AUTOFOCUS, both the 1D X and the 1D Mark IV was always hunting. Especially in certain enclosures where the light was dimmer, it was still pretty hard to get AF to lock on, to a point where it actually was frustrating. You would try and try, and maybe give up after a minute. If you have friends who use Nikon, you might gather that their AF systems work better in those ultra low light situations. That would put a smile on the Nikon users.

Posted by Lioneldude Photography at 8:16 AM 2 comments: 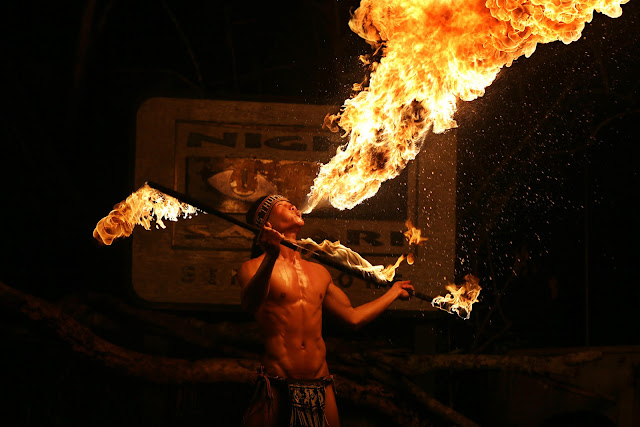 Shooting the Thumbuakar Performance is always a challenge. For those who don't understand how fire works, this is a good opportunity to learn something. Fire that burns longer becomes more intense, the more intense, the "whiter" it becomes, and that leads to overexposure.

So by deliberately under-exposing the image, you have set up the camera to be ready to expose for the big fireball flames. However that leaves you with a lot of shots that are nothing but black and small flames (either the before or the after sequences). But when you get it right, it's there and just nice.

With a nice fireball image, most of the time, the performer is going to look slightly dim and under-exposed. To get around this, duplicate the layer (CMD+J) and set the blend mode of the duplicated layer to Screen. This brightens up the entire image, leaving the fireball over-exposed. How now??

Click on the Mask icon on the duplicated layer, select a black brush with opacity set to 100% and paint over the flame. Take care when working on the edges as usual.

If the performer still looks dark, duplicate the duplicated layer, and the blend mode by default would be screen. Adjust opacity of the 2nd duplicated layer if the result is too bright.

Now you know the trick to shooting wonderful images of fire performers!