Lately, the Singapore Zoo has a new orange Bengal tiger. I was intrigued by the new orange Bengal tiger after watching the award winning movie "Life of Pi" recently on my Apple TV, in which a young boy survives a shipwreck and lives in a lifeboat with an adult orange Bengal tiger for 227 days. Having gone to the zoo a few times this year as I have bought my annual pass, I have always walked pass the sign that says "We are currently conditioning.." 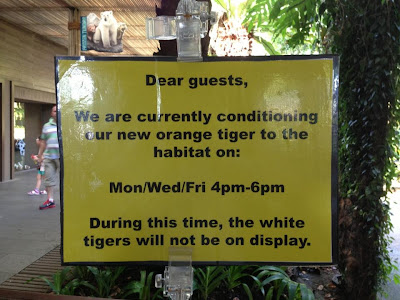 So I went down on a Monday late afternoon specially just to catch this great creature. And I was lucky because I got rather good golden yellow sunlight that afternoon. There the tiger was sitting bathed in wonderful light, a photographers dream isn't it? 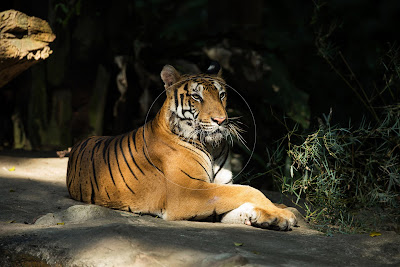 People were wondering where the white tigers had gone, one mum told her daughter, "Look, the tiger we saw this morning had become orange!" After 3 or 4 shots, the tiger retreated to the back of the enclosure because it wasn't used to the crowd that was building up. 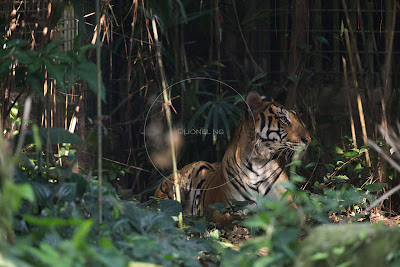 
I waited for at least twenty minutes, sitting under the covered shelter, watching the tiger if he had decided to step out. Waited, and waited. Crowds came, crowds left disappointed that the tiger was hiding at the back of the enclosure.

And then the waiting finally paid off, he had decided to come out to the front and strut his stuff, earn his keep for whatever they were "paying" him. I got a variety of interesting shots, from sharpening claws on the branch to taking a swim in the 35 degree heat. 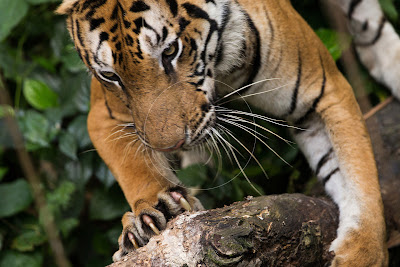 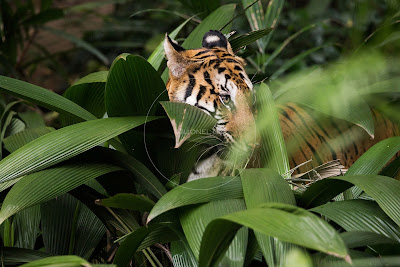 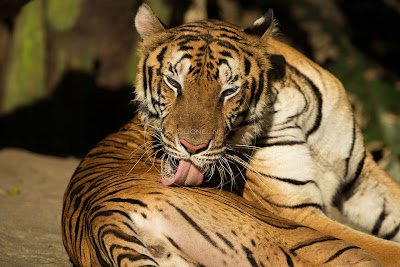 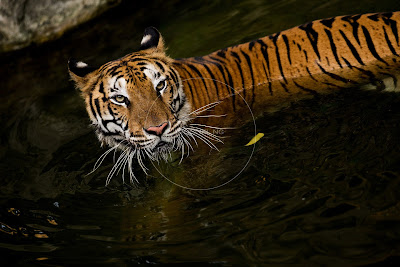 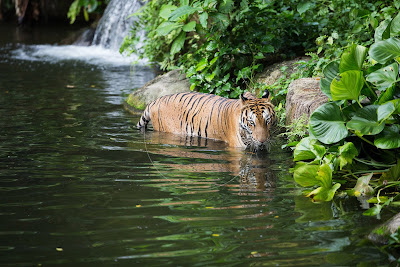 Beautiful isn't he? So remember to drop by the Singapore Zoo on Mondays, Wednesdays, and Fridays between 4 to 6pm where you will be able to view this intriguing beauty at the White Tiger enclosure. However, the white tigers would not be available during this period.

For more of my images, visit www.lioneldudephotography.com where I have uploaded a set of images on this orange Bengal tiger here.

Posted by Lioneldude Photography at 8:12 AM No comments: