The following is a list of Formula 1 model cars in 1/18 scale that I am looking to sell, if you happen to live in particularly the west side of Singapore, you may contact me to have a look at the condition before committing to buy.

Items will be sold on: eBay SG
(NOTE: If item is not available online, please contact me via eBay to check availability of items.) 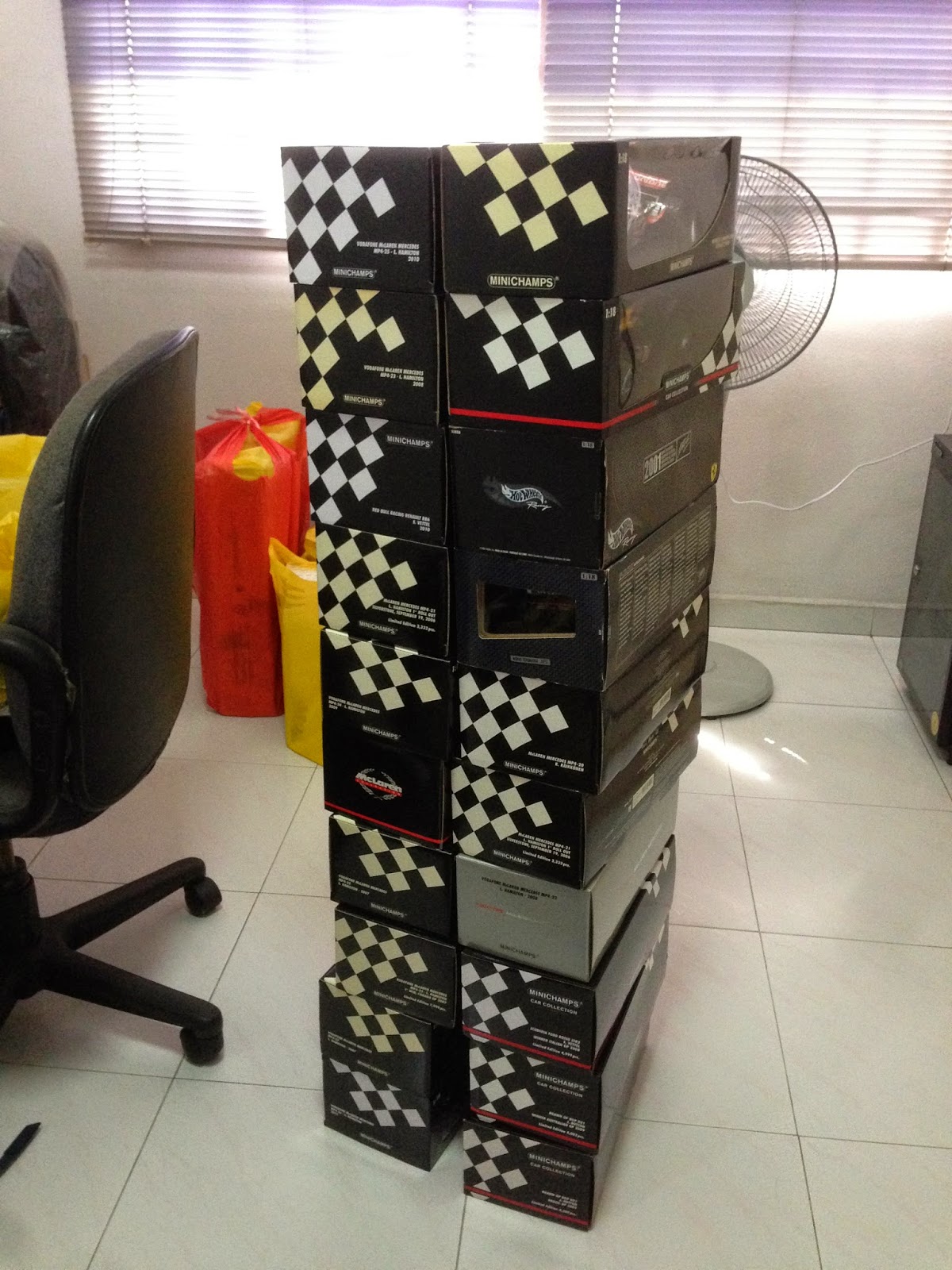 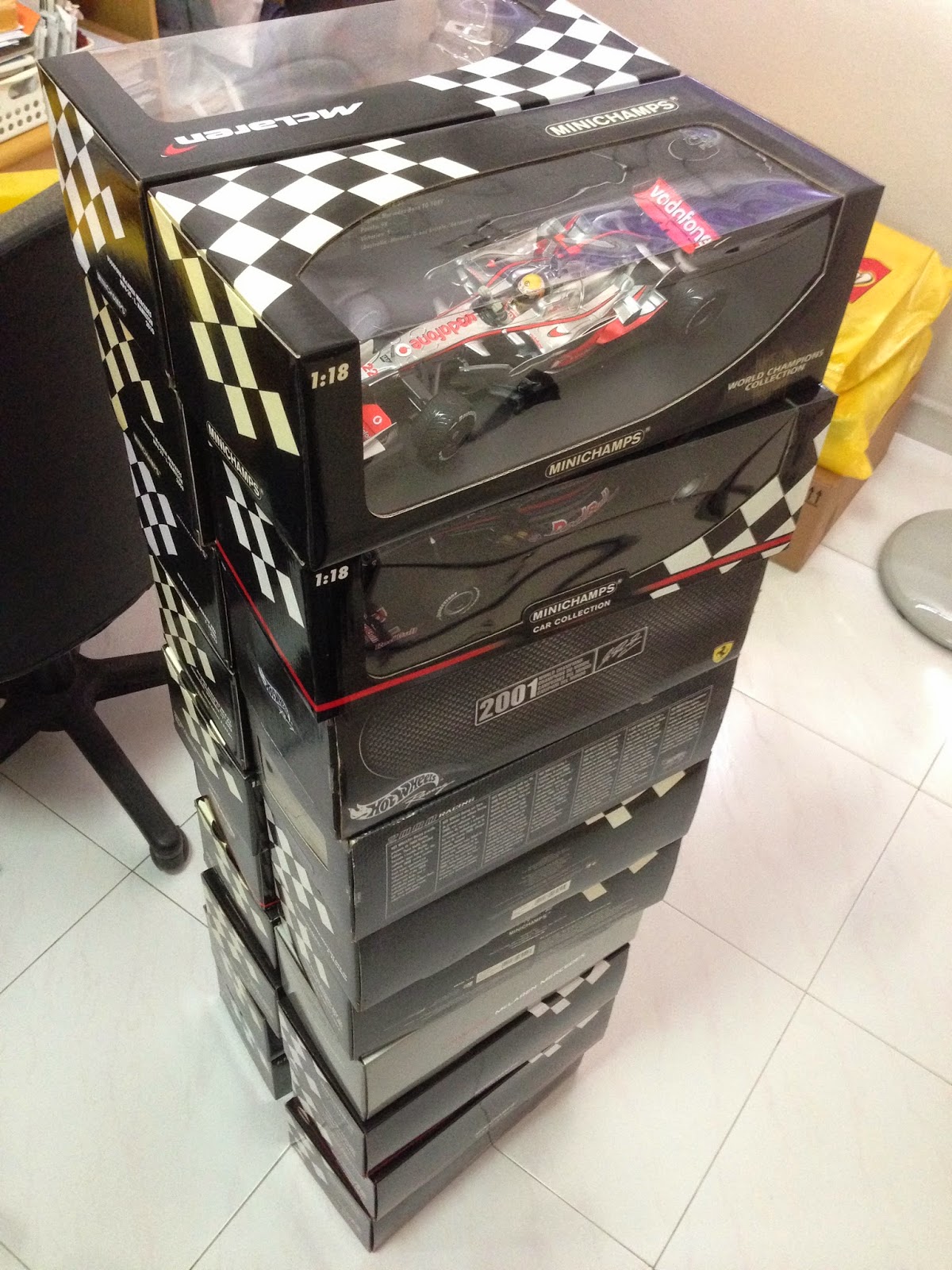 Posted by Lioneldude Photography at 9:19 PM No comments:

2014 marks the 25th season of The Simpsons, and with the recently concluded Lego Movie, the creators of The Simpsons teamed up with Lego to produce their 550th episode entitled "Brick Like Me", which was an amazing way to market the Lego Simpsons minifigures. With the recent February release of The Simpsons House (71006) set by Lego, The Simpsons Minifigures Series (71005) are the next in their lineup of promotional material for the 25th anniversary.

The Lego Simpsons minifigures series just arrived at the Bricks World JEM store today (May 7, 2014) and I collected 2 boxes this evening. Thankfully, I had placed and paid for my orders last Friday, because I didn't see any boxes open on display for people to buy. 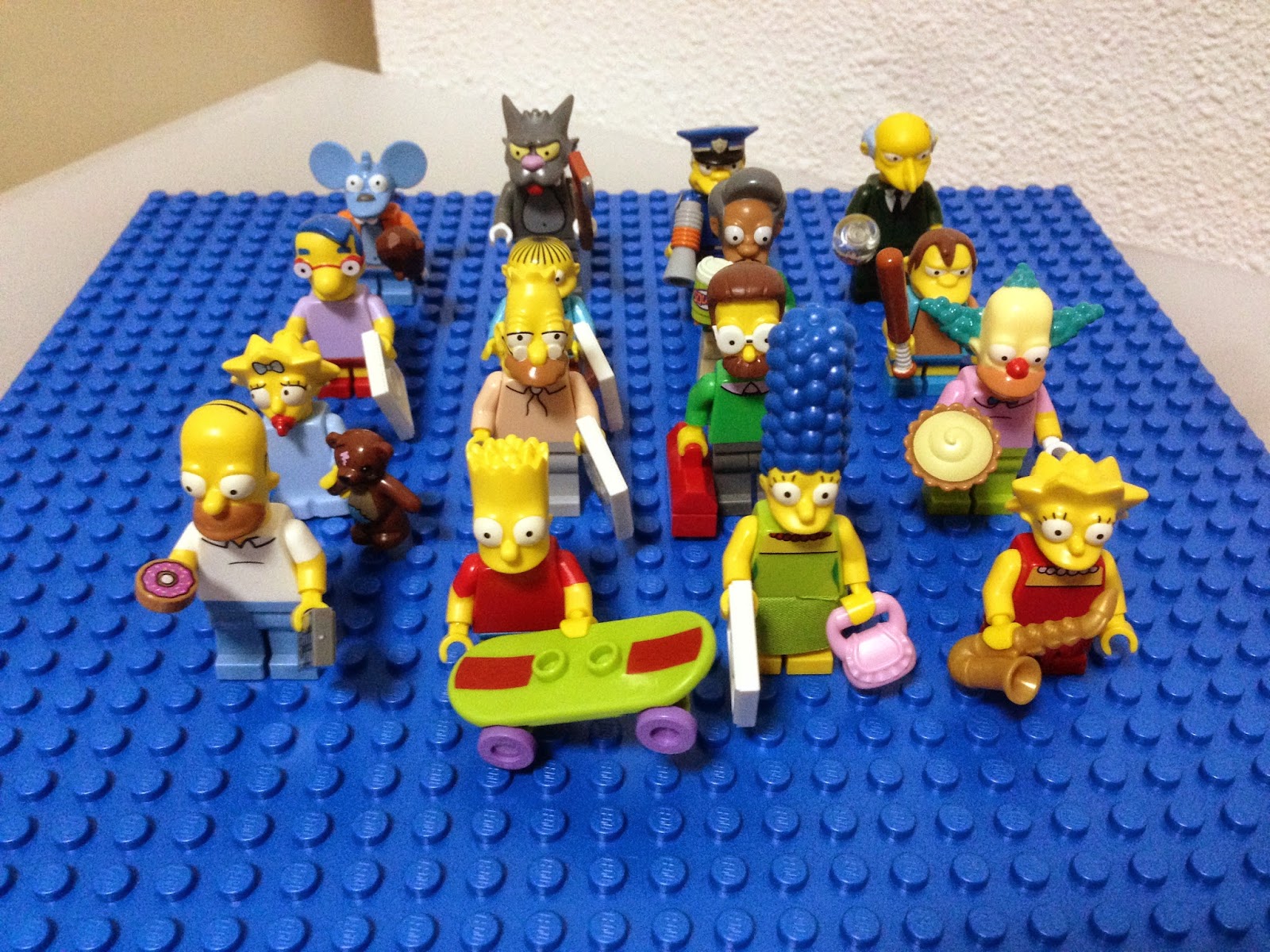 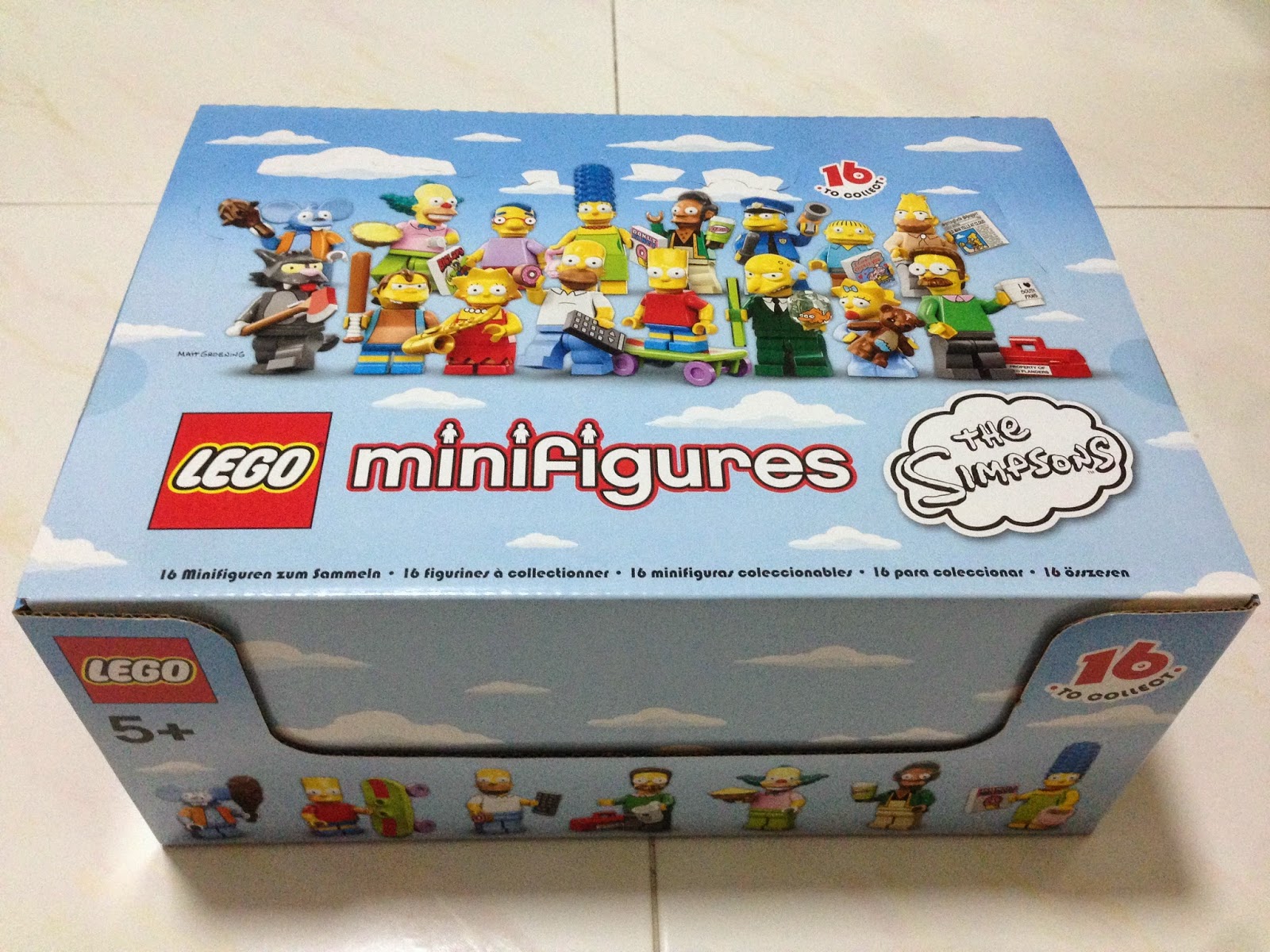 On the shipping carton, it states "Do not put on shelf before May 1st, 2014". Upon opening the box, you are presented with 3 columns of 20 packets. Since I was distributing 2 sets to friends, I cut a small slit to check for the character in the packet and recorded down the distribution. 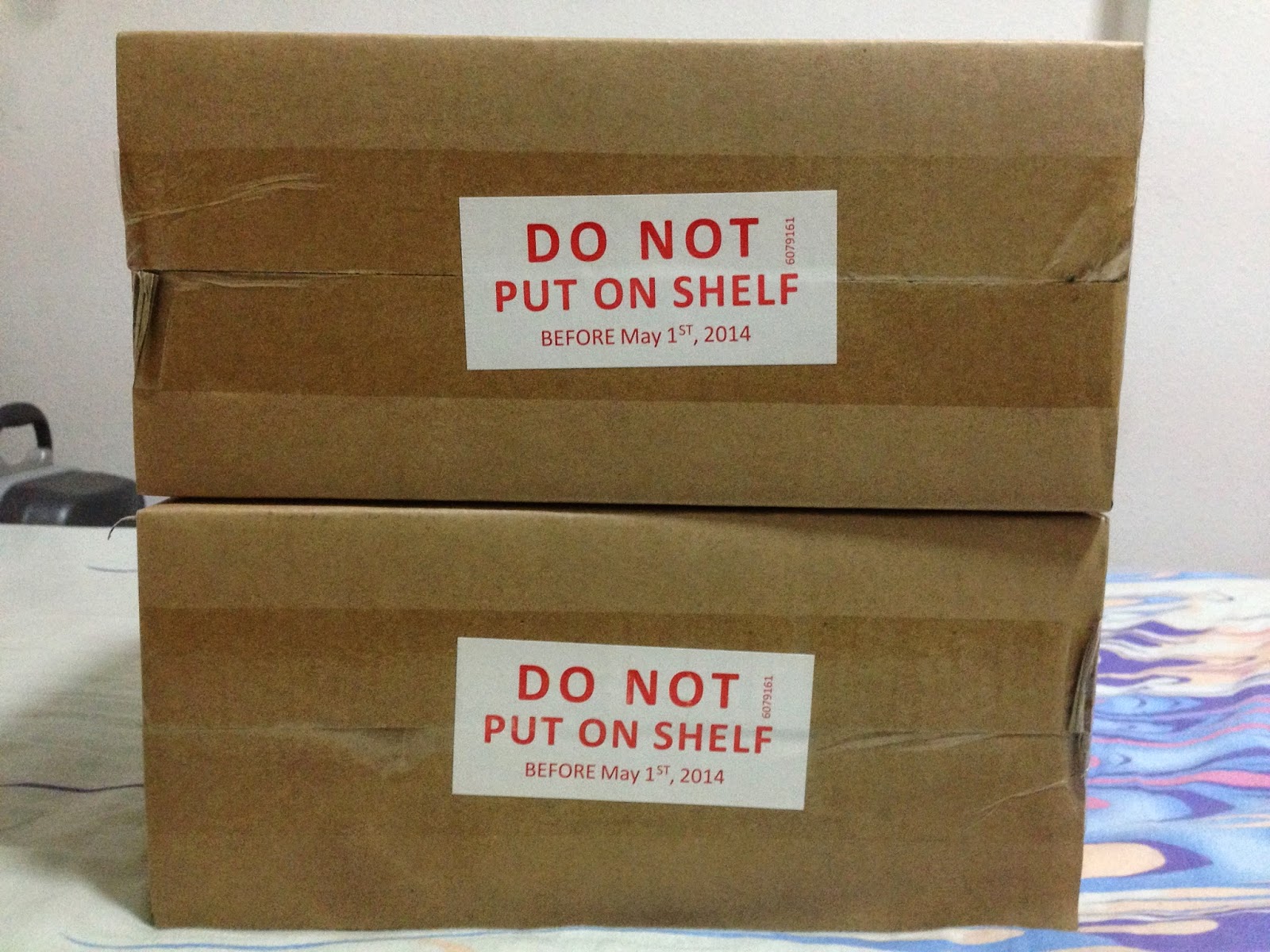 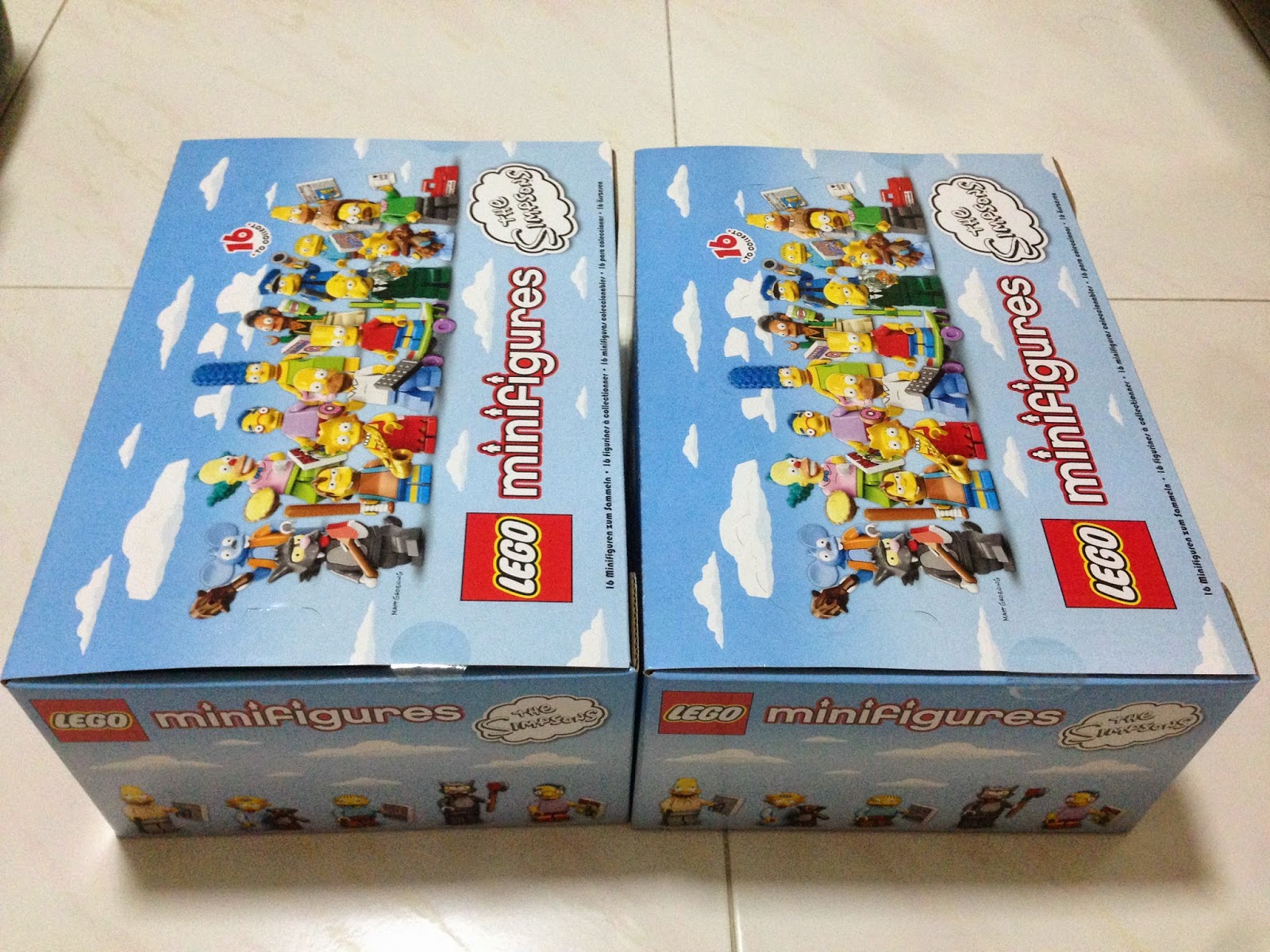 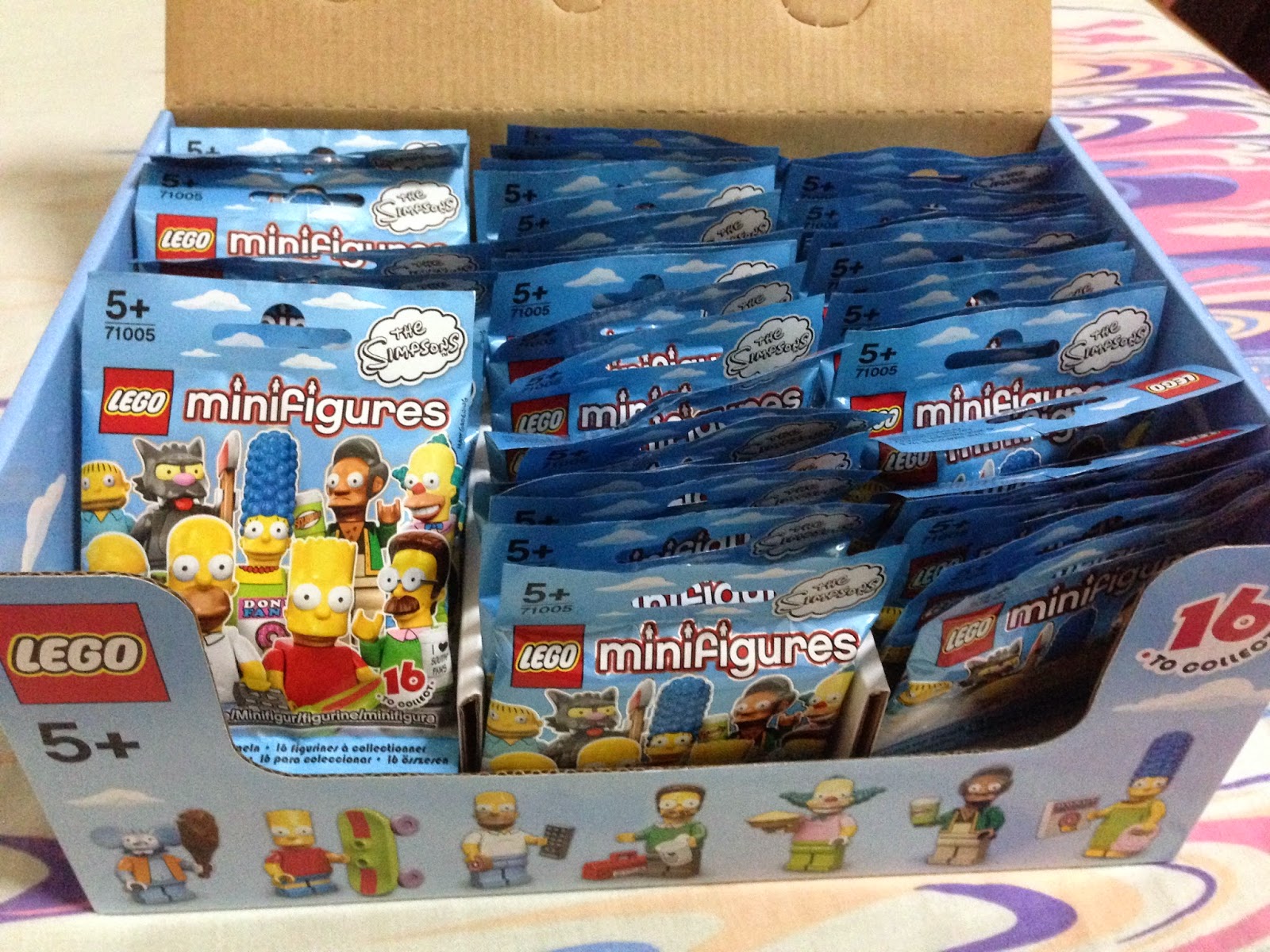 The distribution in the box was as follows:

Hope this helps. I will post more photos later!

Posted by Lioneldude Photography at 8:35 AM No comments: